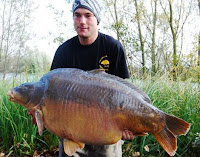 Lot's of records were broken at Fisheries in France this year, including those of renowned waters like Abbey Lakes and Gigantica.

ABBEY LAKES
The Abbey Lakes record was broken again with the capture of 'Shoulders' at 79,5lb. British angler Kevin Turner caught the mirror carp on October 27th during the Force Carp Classic.

Shoulders was caught earlier this year, in April, at Abbeys Heron Lake, weighing in at 75lb. 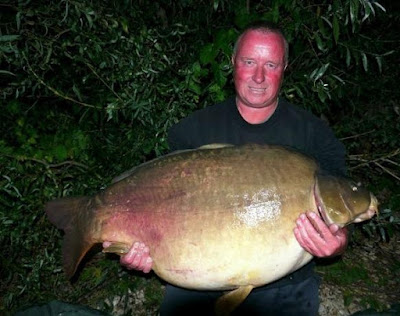 The mirror carp nicknamed The Giant was caught recently at 75lb by a British angler, and just recently Korda's Ali Hamidi caught another mirror, The Single Scale, at 70lb 8oz. Right now there are three fish over 70lb on Gigantica.
Abbey Lakes Lac Gigantica