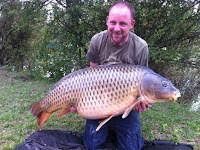 The 88lb specimen was captured by Korda's Damian Clarke, and came just a little short to break the current world record common carp.

More than a year ago a huge common was captured at La Saussaie in northern France at 84lb. This same specimen carp just recently was hooked again by British angler Damian Clark, working for Korda. 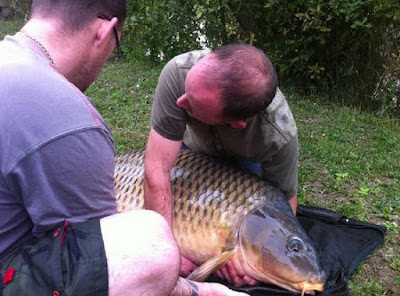 Of course the Etang La Saussaie carp is the new French record common, after the same fish last year at 84lb already broke the same record.

The current world record carp still is the huge mirror caught at Luke Moffatt's Les Graviers in June 2010. Since that capture there haven't been any new confirmations of the record fish nicknamed The Scar, so we hope this legendary carp is still alive.