The biggest British carp to be known alive currently was captured at a new record weight of 57lb 14oz.

The last couple of years lots of well known big British carp were found dead, amongst them The Fat Lady, The Black Mirror, Heather the Leather, Benson and Two Tone, which is still the current British carp record at 67lb 14oz (see picture below). 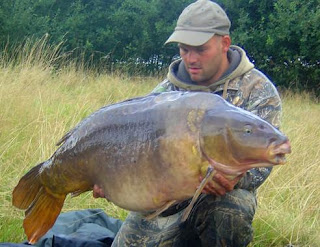