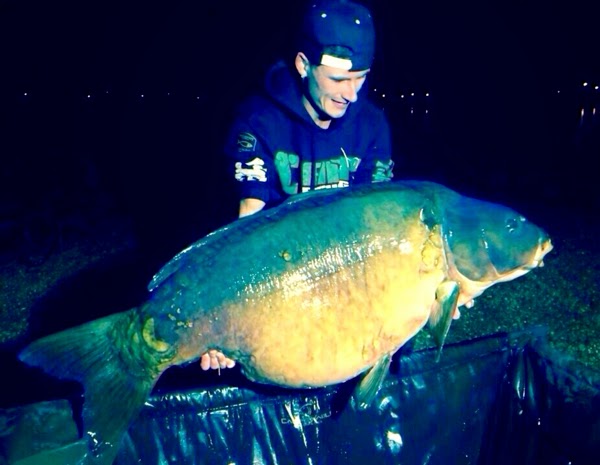 The same fish that broke the prior carp fishing record for both Belgium and the Benelux, nicknamed 'De Mohikaan' (The Mohican) was captured in October at a new record weight of 90lb 8oz.

The fist documented catch of De Mohikaan happened in 2009 bij Marc Pansar at 82lb, followed by just a couple of additional catches in de following years.