Fishing for big river carp in France on the Isle river 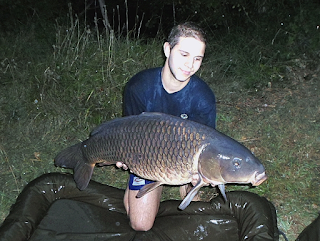 Just above the more famous Dordogne river in France is the river L'Isle.

Also on this beautiful public water in France are many beautiful spots to be found and can be fished at night.


France is of course known for its many beautiful rivers where you can fish in many places with a general license, including carp.

We recently looked extensively at the river Dordogne and the river La Vézère, two beautiful public wares in the mid-south of France where night fishing is also permitted in many places.

A lesser known river is L'Isle, which is only a few tens of kilometers north of the Dordogne river. Also on this beautiful river fishing (for carp) is allowed on large parts.

On the map below the part of the Isle in the Dordogne region is labeled as public water of the second category. Here you can fish all year round with a regular fishing license. Other parts of the Isle can of course also be fished, but they fall under a different department (outside the Dordogne that we are writing about here).


The stretch of public water for the Dordogne region runs roughly from the village of Saint-Antoine-sur-l'Isle in the west to the town of Périgeux, where the Isle runs right through the center. Other interesting places along the way that fall under the Federation Peche Dordogne are Marsac-sur-Isle, Razac-sur-l'Isle, Saint-Astier and more to the west also Mussidan, Sourzac and Ménesplet.

In total it is a piece of Isle of many tens of kilometers long in a beautiful area where you can fish for carp. For more information, visit the website of the local manager.


On the Isle, just like on the Dordogne and Vézère, beautiful carp are naturally caught all year round. It is also difficult for l'Isle to identify the exact record fish. According to our latest information, the average catch weight at 10 kg is relatively high and there are peaks between up to more than 25 kg.

Other fish on the Isle River include bass, barbels, pike, eel, catfish and trout.

Also pay attention to the Isle that both water quality and water level can vary considerably throughout the year, of course depending on the snowfall in the Massif Central during the winter period. Of course you can also ride a racing bike here with many beautiful climbs!
Public Water River Isle